Cities worldwide need to build, maintain and expand infrastructure, especially public transportation systems, to move people, be they businessman, shoppers or students, to keep a country and its economy going.

But, have you ever thought what goes behind moving people safely across a city? Although most likely building or repairing infrastructure first comes to mind, there are other crucial activities, just like monitoring, that although unnoticed, help engineers and designers to understand the impact of structural movements of infrastructure and materials. To reduce risk to infrastructure, early and precise monitoring is necessary.

The infrastructure supporting each of us, be it roads, bridges, dams, buildings and railways is subjected to hazards, environmental factors, and load pressure. Stress and risk to infrastructure can come from direct use but also from other factors, such as nearby construction sites and excavations. Such is the case of a north section of Luas light rail system in Dublin, Ireland where the construction of a group of commercial buildings - build to cope with the increasing demand for student accommodation - were monitored to ensure the integrity of the transportation system.

LDG Datum was requested by Walls Construction to supply an effective, accurate and reliable warning system that would operate 24/7 and notify stakeholders in near real time, if a threshold exceeded specifications. The monitoring system needed to meet design requirements, local council regulations and Transport Infrastructure Ireland’s (TII) code of practice, without interrupting the railway operations at any time. The team at LDG Datum also had to ensure no physical object was on the tramway. Traditional Methods involved survey engineers taking physical manual readings on track, which creates its own inherent dangers.

The main monitoring tasks captured all heave or settlement [vertical elevation of ground] of the light way tram line through the laser scanning with the MS60. To keep the rail track area free from hurdles, no prisms on or near-by the track were mounted. Hundreds of mark points along the closest part of the rail were, therefore, measured with laser scanning. The captured scans consist of thousands of measurement points with X,Y,Z coordinates, allowing to detect outliers [blunders] and ensure that the wanted position [area] is measured in a reliable way, even under normal load of the rail track traffic and the adjacent pedestrian area.

Three initial scans set a baseline to obtain a reference scan. All subsequent scans were compared to their reference scan and calculate the median deformation between the reference and the subsequent scan. This value is used to compare against a defined threshold. TII’s code of practice solicits to trigger alarms, should displacement occur. The system provided automated alerts notifying designated stakeholders when values surpassed the designated threshold.

The scanned data captured by the two MultiStations was collected through GeoMoS and hosted on LDG Datum’s secure website so its client and TII could have full visibility of the current and historic recorded values. This tailor-made process, from the acquiring of the data to the deformation analysis, was fully automated.

"Data was checked and compared to historical data allowing a safe protocol to be followed. Our bespoke physical on-street precise levelling captured by Geosystems LS15, was undertaken weekly, to provide the contractor with assurance and a back-up that the automated monitoring was working as planned. Vibration and noise monitoring were also carried out on surrounding buildings during the demolition, piling and construction phase,” said Hodgen. “LDG Datum offered Walls Construction a complete remote monitoring systems package, so they can access and review data.”

All instrument data collected and processed through GeoMoS maintained stakeholders informed on Luas light rail stability during the construction work near the railway while preventing any interruptions to the service. With proven success in this project, Datum is replicating this automated monitoring system on all its tramway projects along the Luas line.

“Our primary focus for this project, considering the level of geotechnical and construction works, was ensuring that public infrastructure and surrounding buildings remain undisturbed. LDG Datum has a high level of credibility in the monitoring sector. Therefore, we engaged with Mark and his team who designed a suitable system that complied with the O’Connor Sutton Cronin (Consulting Engineers) specification and Transport Infrastructure Ireland’s Code of engineering practice for working on, near or adjacent the Luas light rail system,” said Cathal Healy, divisional director for Walls Construction. “LDG Datum delivered a highly accurate, reliable and commercially viable service, and we were delighted to have had them on this project.”

Contractors, just like Walls Construction, may reduce their exposure to risks, before during and after construction by continuously monitoring the project as it progresses through its lifecycle. Geosystems’ monitoring systems detect and help rectify potential problems in any structure before a situation becomes critical or worse out of control. 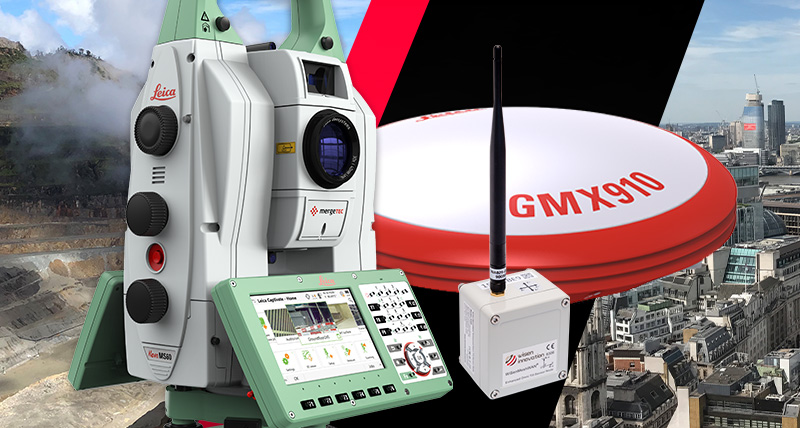