Point clouds based on the Semi Global Matching algorithm are calculated in the area of the building footprints, when using stereo aerial imagery. On top of the existing building footprints, different roof types as well as combinations of those will be modeled with the help of the point cloud data. Lastly, the 3D building models will be intersected with a digital terrain model (DTM).

In the process of generating the textures, the occlusion and the angle of incidence are taken into account. The best suited image or, if necessary, several images are used to texture a facade.

Leica HxMap 3D Editor – Photogrammetric work station
The 3D Editor is a full photogrammetric workstation for stereo aerial photogrammetry. The 3D modelling of buildings is supported by building primitives and simplifies the creation of the models. Existing building models can be refined by adding details, such as dormers, chimneys and other roof structures. A direct display in a 3D window allows the control of the model from all perspectives. The automatic intersection with a DTM completes the 3D model.

The 3D Editor supports all common image formats. Project specific configuration files and the use of shutter glasses for stereoscopic analysis facilitate the editing.

Leica HxMap BuildingFinder – Automatic object recognition and reconstruction
When using aerial images or airborne LiDAR, the interaction of harmonised software components ensures an automatic workflow from image/LiDAR capturing via high density 3D point clouds to the completed 3D city model. Every object is allocated its own semantic description. Every object in this city model can, therefore, be individually selected, administrated and processed: 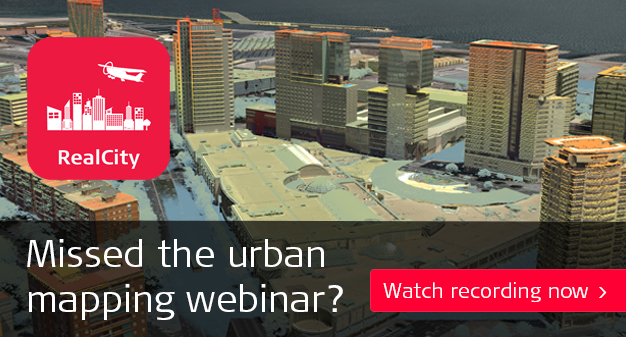