Mobile Mapping by boat: Using Leica Pegasus:Two to digitise canals in the Netherlands 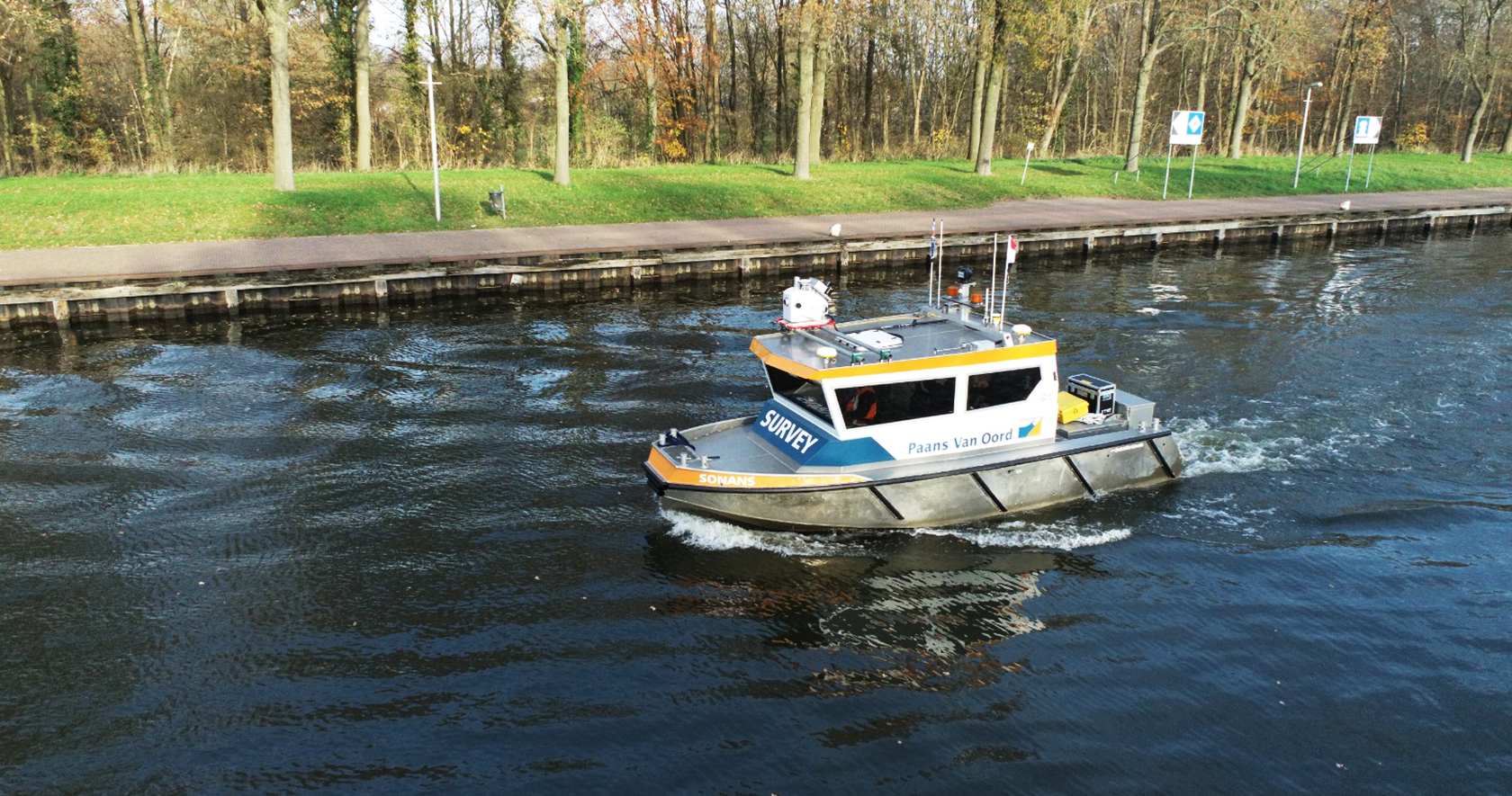 The Netherlands is a country with a lot of water. A fifth of the total surface area consists of water and nearly 5,000 km of waterways are used to carry freight transport, an environmentally friendly way to move large quantities of cargo. Keeping the waterways easily navigable is of great importance to the transport sector and the Dutch economy. Rijkswaterstaat is responsible for the management of national highways and waterways and recently awarded a consortium of Van Oord - Hakkers - Beens, a project to upgrade the Twente canals, which connect the cities of Enschede, Hengelo and Almelo. The Van Oord -survey team, led by Survey Operations Manager Hubrecht Koman, used a Leica Geosystems mobile mapping platform for fast and accurate measurement of the complex site.

Koman: “Reliability is very important to us. It just has to be right.”

Van Oord is a company with more than 150 years of experience in marine contracting. It is known for marine engineering and land reclamation projects such as the world-famous Palm Jumeirah island and The World islands near Dubai. Van Oord employs 200 surveyors worldwide working on varied projects, from the construction of offshore wind farms to road construction projects.

Already a Leica customer, in 2020, the company added the Leica Pegasus:Two to its arsenal of surveying solutions. Leica Pegasus:Two is a complete mobile mapping solution. Designed to attach to any vehicle - or boat - it captures full 360°calibrated imagery and point cloud data at the same time, at driving speed.

Hubrecht Koman explains some of the reasons for their choice, “Reliability is very important to us. It just has to be right. We cannot run the risk that equipment will not function. We did good research into several suppliers. The Pegasus came out with the best price-quality ratio, but I also think the accessibility of the Leica Geosystems support is very good.”

The Twente canals upgrade project will enlarge the waterways. The work includes replacing the 35 km of sheet piling that protects the banks and applying a self-sealing layer at the bottom of the canal. To estimate costs for a project of this scale the team had to measure an enormous area.

The Leica Pegasus:Two was used to assess the current state of the canal sides. Because photographs could be taken from the water with the Leica Pegasus:Two mounted on aVan Oord survey boat, important insights were obtained about the condition of the sheet piling. This way an efficient measurement setup could be devised.

Measuring from the water: greater site accessibility and accuracy

The first phase of the project involved mapping the existing sheet piling. This would be challenging using traditional surveying instruments because the waterfront is often difficult to reach and has a lot of overhanging vegetation. However, using the Leica Pegasus:Two on a survey boat meant that the team could measure from the water, giving the best view of the piling. This allowed it to be perfectly mapped.

The Leica Pegasus:Two was also used to measure the vertical clearance of the 30 bridges across the canal. The mobile mapping solution marries imagery and point cloud data and these heights were easily obtained from the point cloud. Koman’s team used Leica Cyclone 3DR and Van Oord proprietary software, the Van Oord Survey System (VOSS), for easy data processing.

Adaptable cost-effective mapping: “Previously we hired a Cesna - now we can do it ourselves”

Since the Twente canals project, the team at Van Oord has used the Leica Pegasus:Two for other maritime projects, including measuring a Dutch beach. For this project the solution was mounted on a 4x4. Koman says: “Previously we hired a Cesna with Lidar for this, but since we have the Pegasus we can do this ourselves. You drive back and forth three times at low tide and you have accurately 10 kilometres of coast in view. That's fantastic."

In addition to maritime engineering projects, Van Oord is also doing more and more projects on land where the Leica Pegasus:Two has also become invaluable. It was recently used in amotorway construction project for the weekly progress check of the earth-moving works. In this project, the Leica Pegasus:Two is used for measuring 1,100 Settlement Beacons. The VOSS software filters the levelling rod from the point cloud and automatically calculates the deformation. This has been especially useful during lockdown, Koman says: “Every two weeks we have an updated picture of our project progress . With the Jetstream viewer we show this to those involved. It's cool that we can share this data online to everyone who is working from home.”

Mobile mapping has also meant less disruption to road users: “We can drive with the traffic to measure subsidence of the motorway when we are busy with construction work next to the motorway. This is enormously cost effective, because no road blocking is required.”

Get in contact with us for more information about our mobile mapping solutions.