Australian-based surveying and engineering firm Land Surveys has been involved in a wide range of projects over their 24 years in business, completing gyroscopic mining surveys, laser scans of hospitals, engineering surveys of solar farms, sand accretion monitoring on Penguin Island and many more. Offering specialities in aerial, engineering and hydrographic surveys, laser scanning, spatial data analysis and other services, it’s fair to say there isn’t much in the surveying world they haven’t seen or worked on.

Yet, when they were asked to provide official measurements for Australian Football League legend Bredan Fevola’s world record attempt to catch an American football dropped from a helicopter, they were in new territory. However, with the combination of their vast experience and Leica Geosystems’ high accuracy instruments and field software, they were ready to tackle the challenge.

In June 2021, Brendan Fevola announced to listeners of his co-hosted morning radio show, Fox FM Melbourne’s “Fifi, Fev and Nick,” that he would attempt to oust the reigning Guinness World Record holder for highest altitude catch of an American football. Breaking the record meant Fevola needed to catch – or, in Australian rules football terms, “mark” - a football thrown out of a hovering helicopter from 198 metres. The record to beat was set by National Football League (NFL) player and Superbowl champion, Rob Gronkowski, only months before with a catch from 188.9 metres.

Fevola, the former fan-favourite AFL player turned radio host, is familiar with big achievements: during his career as a full forward, he was a two-time winner of the Coleman Medal for most goals kicked in a season and an All-Australian selection during his tenure with the Carlton Football Club. Like his years on the field, his proposed record-breaking venture was also a team effort. Successfully setting up the event included coordinating helicopter services, clearances with the Civil Aviation Safety Authority and accurate, certifiable measurements.

This is where Land Surveys was called in to fulfil a crucial role on the team. Founded in 1997 by Peter Rullo in Perth, Western Australia, today Land Surveys has over 260 employees across the country, giving them the workforce and knowledge to master small and large projects alike. The Melbourne branch of Land Surveys was excited to bring their experience to contribute to what the morning radio show dubbed “Fev’s Massive Mark.”

“This was a unique opportunity as our Melbourne team’s usual setting involves surveying jobs at ground level on high-rises and other construction sites. It was great to be involved in an attempt to break a World Record,” said the Melbourne Land Surveys team.

Tackling the challenge with a total station

As exciting as the opportunity was, Land Surveys had several challenges to contend with to meet the requirements by the Guinness World Record organization. To verify the height that the football would be dropped from the helicopter, Land Surveys used two Leica TS16 robotic total stations at ground level while a surveyor held a Leica GRZ4 360° prism through the open door of a helicopter.

The TS16, known for its ability to complete a wide variety of measurement tasks and applications, also features functionalities like AutoHeight, which measures instrument height with the push of a button. This enables a quick, error-free setup that lets the Land Surveys team get right to work. Additionally, the GRZ4 360° prism delivers an overall accuracy of 2-5 millimetres and an automatic target recognition of up to 600 metres, ensuring that the Land Surveys team would be able to lock onto their high-flying target to secure the measurement.

Paired with Leica Captivate field software to capture the data necessary to supply evidence within Guinness World Record guidelines, their work “ensured that the ball was dropped from a precisely measured point high above ground level,” recalls the Melbourne Land Surveys team. “Our goal was to provide Brendan Fevola and his team with an accurate height measurement conducted by a qualified surveyor to verify that the NFL ball was dropped from the correct height.” 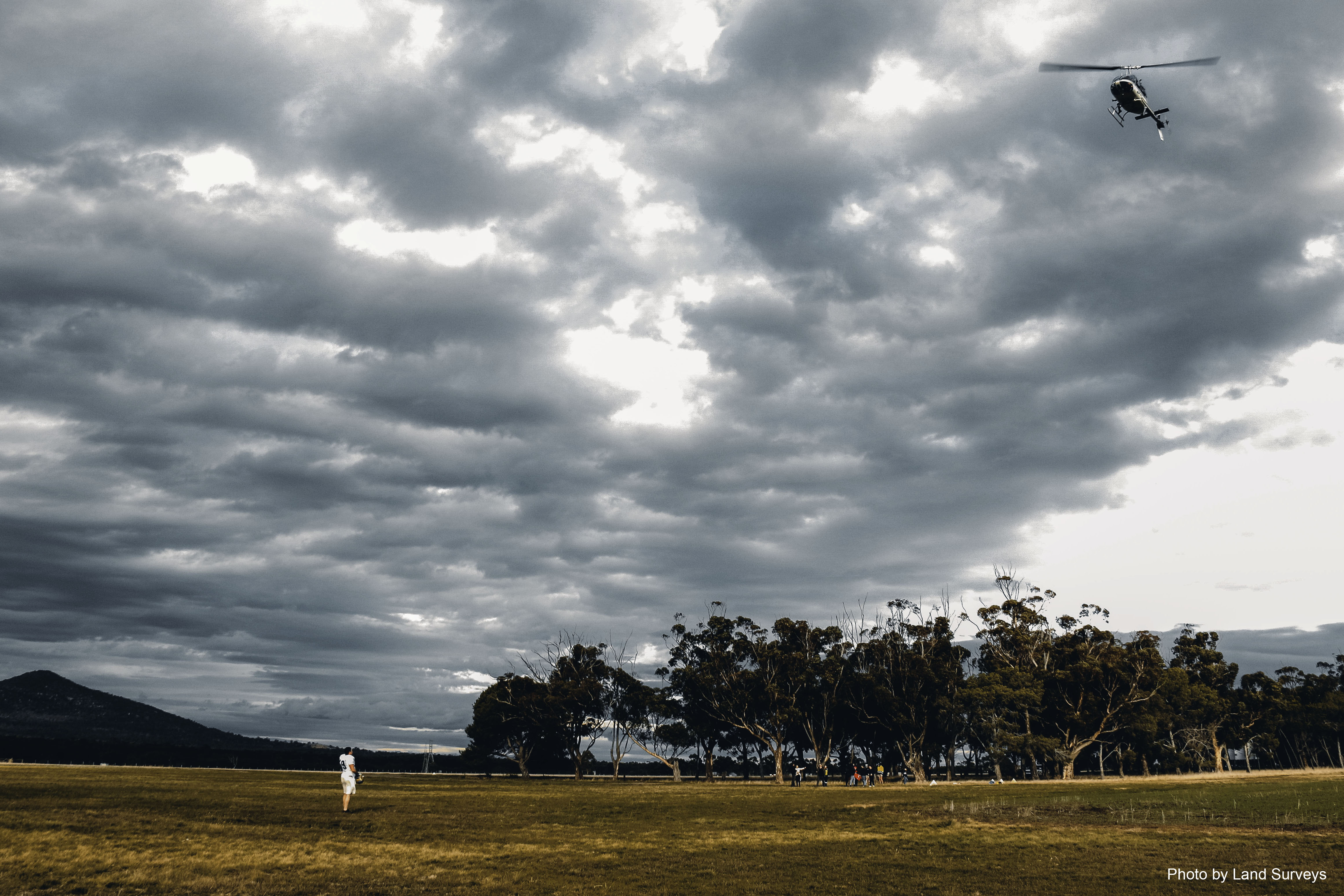 The official attempt: measuring a mark from a flying target


When the day for the world record breaking attempt arrived, Fevola and team were met with overcast skies and intermittent wind gusts. In the middle of a muddy, wide open field, they completed warm up rounds and adjustments to set up for the big moment.

Aiming from the helicopter was difficult and the wind made the ball’s descent direction uncertain. With several near catches in run-throughs, the team set up for the final official attempt. Communicating with the crew in the helicopter and keeping locked to the prism presented unique challenges for the Land Surveys team. However, ultimately, they were able to achieve a stable lock, confirming the correct height for the mark.

With measurement validation, the football was thrown to Fevola, who appeared little more than a white dot below. Tracking the ball through the air as it plummeted 198 meters, Fevola raced across the field to intercept it. Unfortunately, the football narrowly ricocheted out of his hands.

Although the record remains unbroken for now, the exciting attempt drew international attention and provided a fun event for Melbourne fans of “Fifi, Fev and Nick” to follow. Additionally, Land Surveys set a kind of record of their own, successfully completing a rare project, living up to their company motto “No problems, just solutions” and proving that Leica Geosystems equipment is the right choice for even the most challenging or unusual measurement tasks.

That’s why, as the Land Survey’s team says, “Leica Geosystems is our company’s equipment of choice” and has been for 21 years. 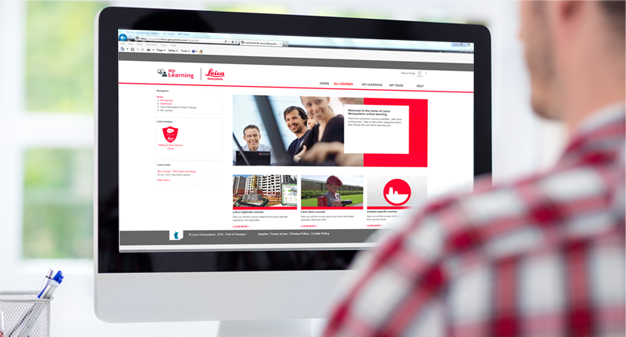