When renovating train tunnels, checking the clearance is one of the top-priority matters to prevent any collision between trains and tunnel equipment

To detect potential collision, 3D laser scanning is considered the best-in-class approach as it delivers a complete and accurate 3D representation of the entire tunnel. After scanning and preparing data, the first step will be to extract the rails from the scan data. There are several ways to do it, from manual operations to automated workflows assisted by software.

The rail’s extraction accuracy is essential and heavily relies on the accuracy and density of the point cloud, produced by the chosen 3D laser scanner. Automation requires data density and consistency, thus, noisy or low-density point clouds will make the automation process impossible. In this data sample, the Leica Pegasus:Two Ultimate was used because a main advantage of this mobile mapping system is that it provides both accuracy and density throughout the entire tunnel as it moves and captures data. Another essential factor for such an analysis is the dimensions of the carriage that the rail operator wants to allow in the tunnel for future traffic. The carriage dimension data is usually delivered as a cross-section where both right and left wheels’ contact points are defined as well as the carriage width and height

Based on these input data (the point cloud, the rail track and the carriage section), the objective is to identify if any material would collide while a train is going through the tunnel. This approach is sufficient to ascertain the volume necessary for such a carriage to move along the rail, as long as the rail is straight. This method is natively available in Leica Cyclone 3DR thanks to the “Extrusion along a path” feature.

The potential collisions between the point cloud of the environment and the surface envelope of the carriage can be automatically identified in Cyclone 3DR. The method consists of splitting the point cloud in two set of points:

Advanced approach
To deliver a more relevant output suitable for rail lines with more complex geometries, it is necessary to take into account the radius of the rails, and use the hypothesis according to which the carriage does not deform when moving along the rails. This requires a more advanced approach that consists of moving the carriage along the rails at different kilometric points. At a given kilometric point, all wheels need to fit onto the rail, thus the position and orientation of a carriage are completely defined by this complex requirement.

The advanced approach is evaluated below in theoretic conditions, exaggerated to real life conditions so that the differences can be more easily visualised.

The position of the carriage at a given kilometric point is shown in the image below. In this theoretic dataset, the following assumptions were made:

In the image below, we can see that more space is required inside the curve, but also outside of the curve because of the 5-metre distance between the wheel and the carriage extremities. Once the carriage’s positions are calculated at each required kilometric point, the next step is to compute a Boolean operation that sums up each carriage.

To reduce processing time, the Boolean operation is performed here in 2D at different kilometric positions. The Boolean operation are illustrated in the image below, the blue lines illustrate the position of the carriage at each kilometric point while the green line sums up the necessary tunnel shape to accommodate the carriage. This advanced approach was implemented inside Cyclone 3DR using the scripting functions available through the JavaScript API. However, the more the rail is curved, the more the advanced approach is essential to prevent a critical miscalculation that can result in project delays or even damaged equipment. For the configuration above, the differences are shown in the images below. The blue lines correspond to the required volume calculated with the simple approach, where the green ones correspond to the required volume calculated with the advanced approach. It is clear to see that the simple extrusion approach is significantly under-estimating the required space. In order to give an idea about how much the required volume is under-estimated depending on the rail curvature, different configurations were tested and the differences between the two approaches inside the curve are reported in the graph below. The graph shows that, for a 50m carriage with its wheels located 5m from the carriage extremities, a rail radius of 1000m makes the simple approach off by 20cm. And even for a larger rail radius of 2500m, the difference is still greater than 5cm. Real-life data
The theoretical carriage and tunnel discussed above offer an exaggerated example to demonstrate the dramatic impact that the advanced approach can have on the final results of an analysis, however, even in moderated, real-life conditions, the impacts can be seen clearly.

Both approaches were compared at an active project site where the local radius of the rail was 600-meters and the carriage considered in this real-life use case was 50-metres. The tunnel was scanned using a Leica Pegasus:Two Ultimate. The rails were extracted directly on the point cloud with millimeter accuracy.

The images below show the difference between the results from the two approaches and compare each result against the tunnel’s point cloud. The points in red below were automatically detected as colliding with the surface envelope created with the advanced approach. This is where rework is necessary. It’s clear to see here that on the results of the simple approach suggest that the target carriage can go through this tunnel. Whereas the carriage clearly collides with the tunnel walls when using the more advanced approach, meaning that additional work would be required to let the carriage fit through the tunnel.

Conclusion
There are valuable use cases for both the simple and advanced methods of carriage clearance calculations. In cases where rail lines are straight and regular, the simple approach will allow users to make decisions rapidly with minimum effort and time, however in scenarios where the rail lines or tunnel walls are less regular, the time spent in pursuing the advanced approach will ensure that a miscalculation does not delay a project, or worse, damage equipment or the tunnel walls.

Thanks to a versatile and complete JavaScript API dedicated to 3D point cloud and 3D mesh processing, Cyclone 3DR offers a powerful way to create advanced analysis tailored to a specific application, making it unique within the industry.

Give it a try on your own data
The script implementing the advanced approach is available as a favorite script in Cyclone 3DR 2021.1.2. 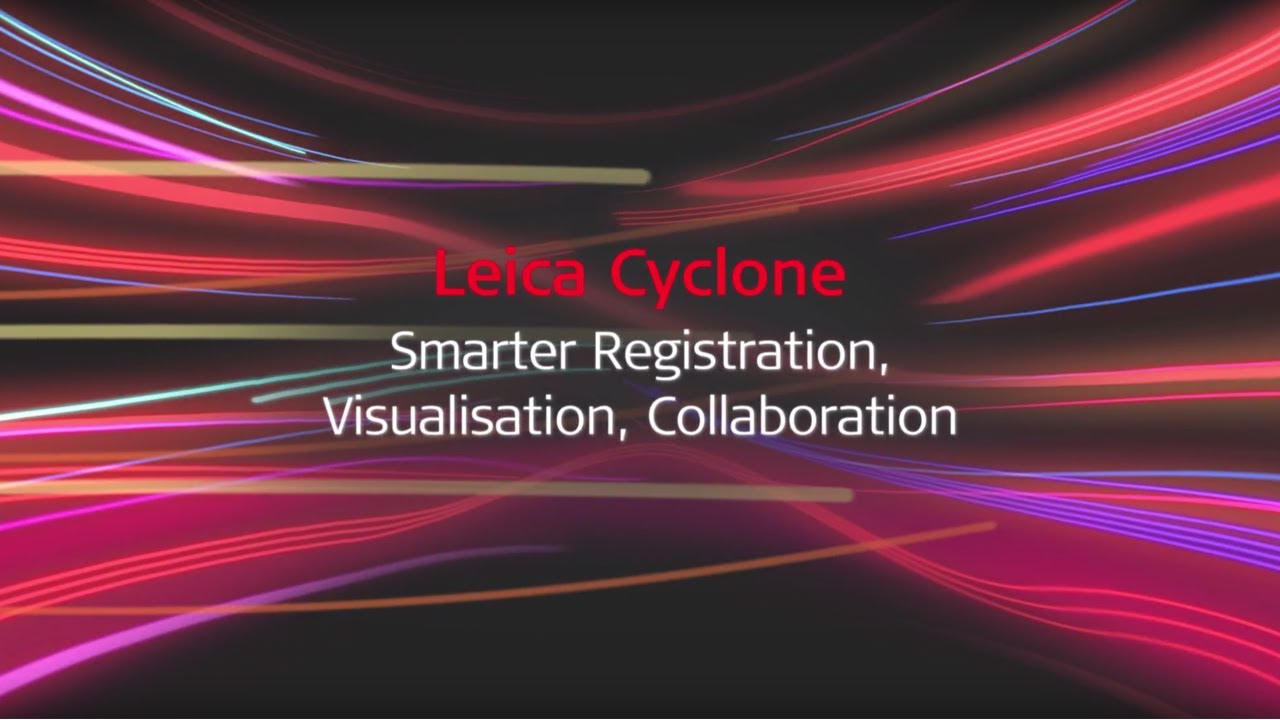 In a world of fast changing technologies and visualisation there has never been a better way to interact, measure and share environments than with Leica Cyclone.