The new Leica RCD30 camera is presently the only one in the market which is able to collect 80 MP RGBN multispectral imagery perfectly co-registered.

This article looks to explain how Leica Geosystems’ field hardware and office software can handle a SnakeGrid coordinate system to convert from latitude and longitude to project eastings and northings. In doing so it will explain the technical detail of how the system is supported within the Leica Geosystems portfolio, the benefits to our customer from this methodology and a look at how the coordinate system files are created.

SnakeGrid was developed by Dr Jonathan Iliffe of University College London in partnership with  Network Rail to solve the continuous grid system or low distortion problem along the West Coast Main Line between London Euston and Glasgow Central. Since then, it has become the standard coordinate system method used on Britain’s railways for infrastructure renewals and builds.

Before going further let’s look in more detail, why the SnakeGrid concept was originally developed.

Engineering projects are constructed using a reference grid that uses an easily understood localised XYZ (ENZ) coordinate system. This means that any measurement observations using GNSS sensors must be converted from the global coordinate frame that they are measured on for them to have some meaning on site.

For larger projects, particularly long linear projects such as roads, pipelines and railways there needs to be a projection element introduced into the coordinate system.

This will introduce a scaling into the coordinate system as the route diverges from the meridian of the projection. A consequence of the scaling there will be a mismatch between the coordinates derived from the GNSS observations and any terrestrial observations such as those taken with a total station. The classic example of this is the OSGB36 National Grid with differences of up to 400mm per kilometre in parts of the country.

Typically, we have used Transverse Mercator or Lambert Conformal Conical projections (Figures 2 and 3).

If the route trends along an alignment that is away from north to south or east to west, then an option that has been used in the past is to create a series of grids that overlap (Figure 5). Within each local grid the scale distortion is close to 0 ppm. However, the issue with this is that a single location along a route will have different coordinates on the adjacent grids.

These situations left us with the question, do we want a continuous grid system or low distortion?

SnakeGrid is a solution to our dilemma, do we want a continuous grid system or low distortion?

SnakeGrid gives us both by generating a trend line of zero distortion that follows the route of our long and linear project (Figure 6). Not only does the trend line follow the route in plan but it follows also in height. Therefore, at any point along the route we will have a ppm scale value that equates to just a few millimetres. The information to carry out the conversion is held in a Parameter file that can then be used to transform coordinates from ETRS89 Lat & Long values into the East & North values of the project coordinate system. Originally this was done as batch files of reduced Lat, Long and Height coordinates in a specially created convertor called SnakeGrid Pointwise.

Typically, the conversion of coordinates will give scale distortion values of less than 20ppm within a corridor, several kilometres wide, along the entirety of the project route. Here is an example of the route from Doncaster to Felixstowe (DSF09) (Figure 7). This route is approximately 300km in length and conforms to this requirement along the whole route.

Further to this, at places where major routes intersect there is a zone of common coordinates so that the routes can merge seamlessly. An example of this is the Northern Hub (Figure 8). The Trans-Pennine route from Liverpool to Leeds and Bradford intersects with both the West and East Coast mainlines and has further off shoot lines such as Manchester to Euxton Junction and Manchester to Dore Junction have been merged into one continuous grid system that has a maximum scale distortion value of 10.4 ppm despite covering most of the north of England. Where each individual SnakeGrid meets, a zone around the junction exists in which the same point will agree within 1 or 2 mm despite being on different SnakeGrid. Through the high Pennines the ppm values around the narrow track corridors remain low because the SnakeGrid follows the elevation of the railway.

Implementation of SnakeGrid by Leica Geosystems

The implementation of a SnakeGrid coordinate system provides significant benefits to long linear projects. SnakeGrid is supported across the full range of Leica Geosystems sensors and software.

The ‘Coordinate System Manager’ is a tool that is implemented across all equipment and software for current, legacy, and future devices.

The benefit of this approach means no additional licenses for field or office software are required and legacy products are fully supported.

The standard coordinate system method is made up of two elements.

The Rectified Skewed Orthomorphic projection was chosen as it is appropriate for mapping areas with an oblique orientation. It has many similarities to Mercator and Transverse Mercator. Distances are accurate along a central line with a 0ppm scaling. If the central line has a non-zero ppm distortion value, then there will be two parallel lines of true scale either side.

In Figure 9, the red line represents the trend line of the SnakeGrid following the project route. The blue line represents the central meridian of the RSO projection. This has been set to roughly follow the project route too. Once the projection has been established a comparison between the projected coordinates and the same points being transformed using the SnakeGrid Pointwise application is used to calculate an Easting and Northing shift value for each coordinate grid square. These shift values are then used to create a CSCS file that can be applied to the projected values within the Leica Geosystems Coordinate System. This information is represented by the green arrows.

During the process we have tested data sets to be sure that the conversion using the Leica Geosystems’ coordinate system methodology is correct. Below is a sample of the data set taken from the conversion of the ECML14 Parameter file. Test points were created in Latitude and Longitude at all the major stations along the route between London Kings Cross and Edinburgh Waverley (Figure 10).

The results show that along the 600km+ route of the East Coast Mainline there is a consistency of results between the SnakeGrid Pointwise convertor and the Leica Geosystems Coordinate System methods of conversion. The largest difference being 0.7mm.

Working with OS levels within a SnakeGrid Coordinate System

SnakeGrid is a 2D system concentrating on the conversion of latitude and longitude into grid eastings and northings. As the grid system is not on a similar easting and northing value as the Ordnance Survey National Grid. This causes an issue working in 3D. The OSGM15 geoid model reports the geoid to ellipsoid separation by referencing the height shift value on the projected grid coordinate. Therefore, to publish a set of SnakeGrid coordinates in 3D referencing the OS Newlyn Datum height there is a requirement to generate two sets of data and merge the required values together into a single file.

To overcome this problem, Leica Geosystems have worked with Ordnance Survey Great Britain to produce a geoid model that references the height shift value by latitude and longitude at a 15” spacing. The height shift is applied independently of the projection on the local grid system. This now means that all SnakeGrid coordinate systems can be reported in 3D live in the field to the OS Newlyn Datum. This has an added benefit of the geoid model being able to be applied to any custom-made localised coordinate system in Great Britain regardless of what the Eastings and Northings values are, for example 1000.000, 5000.000.

The heatmap (Figure 13) shows the differences of the OS Newlyn Datum height derived from Grid Inquest II vs Leica Infinity using the latitude / longitude referenced geoid model. Figure 14 shows the distribution of the differences on a 30” spaced test file across the whole of Great Britain. The test points were shifted 7.5” so that they would not coincide with the points making up the geoid model. This way the bi-linear interpolation is also being tested.

Help and advice for using SnakeGrid with Leica Geosystems solutions

Leica Geosystems have converted a number of SnakeGrid parameter files into the coordinate system format. These are held within an online library that can be accessed using the Leica Infinity Localisation tool (Figure 15). Here a UK & Ireland section (UK&I) holds these SnakeGrids and the HS2 (2015) coordinate system. As more are converted then they will be added to this library. If you have a requirement to utilise SnakeGrid on your project, check in this location first. If it is not available here, then call Leica Geosystems UK support for advice on how to access these files via a conversion. 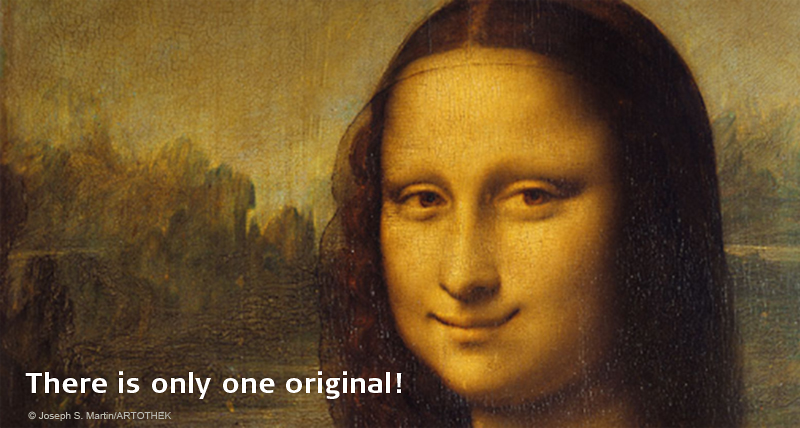 Benefit from the quality, precision and reliability of Leica Geosystems original accessories.