Speaking with the Leaders in the Irish Survey Industry

As part of the series ‘speaking with leaders in the Irish survey industry’, John Kerrigan (Country Manager in Ireland for Leica Geosystems) caught up with past coursemate Finnian O'Cionnaith. The pair go back twenty-four years, to when their course began in 1998. Since then, Finnian has had a truly inspirational career that’s taken him all over the world.

Alongside obtaining fascinating roles in a range of industries, Finnian continued to study, completing a variety of courses and a PhD. He has a real enthusiasm for education and self-improvement, and it’s certainly paid off. In the interview, we see how each step of Finnian’s education and career has had a part to play in his achievements. With three books, dozens of peer review papers, and featuring as a regular speaker at conferences in both the history and geography fields, Finnian has truly made the most of his career.
Read on to see Finnian’s evolution from budding secondary school history and geography student, to published author and award-winning multi-disciplinary researcher, analyst and consultant.

Getting Started with Surveying

Like most surveyors, Finnian first found the industry through a love of geography at secondary school. However, his school didn’t allow history and geography to be taken at the same time, so Finnian completed a two-year external course in geography. He first found the DIT Bolton Street (TU Dublin)’s geo-surveying course when completing the CAO (Central Applications Office) forms. After reading through the course description, he decided to go for it. The appeal of the outdoors, sciences, and love of mapping trumped his love of history, which he eventually revisited later in his career.

From TU Dublin, Finnian furthered his geospatial studies in Wales on a one-year course endorsed by the Institute of Chartered Surveyors. He very much enjoyed his time at the University of Glamorgan, right in the heart of the South Welsh valleys. It was also incredibly beneficial to utilise his solid knowledge base from Dublin and apply it to what he was seeing in Wales. Getting exposed to other modules of geology that he hadn’t previously seen was invaluable to his studies. And, the cherry on top of the Welsh experience, Finnian lived on Tom Jones’ road!

Out of university, Finnian started with a summer job in geological surveying, which became a part-time job alongside his research masters at TU Dublin under Kevin Mooney. Following that, he joined John Barnetts and Associates working in mineral surveying. Enjoying the combination of office and fieldwork, he loved this role and gravitated towards GIS. After taking time off for travelling and making the most of his early twenties, Finnian was offered a route planning role in a Dublin waste management company. Finnian spent ten years in waste management, during which time he discovered there was a lot more that could be done with GIS in route planning.

Using skills from his studies, Finnian realised GIS could be turned into a really effective business intelligence tool. When servicing a physical area with assets, like waste management vehicles and domestic bin collections, he realised you can start to see how consumers are behaving on the floor and use it to improve the service. Over a few years, Finnian developed this idea and recognised a tie-in between income and waste collection habits.

Using GIS allowed the route planning team to redevelop their route structure, and better utilise how trucks and manpower are deployed, making waste collection far more efficient. Finnian recollected, “That’s when I learned I love business intelligence and GIS, and there was a way to combine the two and provide facts to improve business operations and performance.”

From waste management, Finnian moved into cross-border eCommerce logistics, dealing with eCommerce retailers all over the world. In this role, he was looking at the data within the delivery process, feeding back insights to company decision-makers. Looking at hundreds of thousands of customers and data points in a country, Finnian would find patterns in data and behavioural trends. For example, whether or not people are home when products are delivered. If you see they're not at home in a particular neighbourhood, then you can start offering them a separate service like a locker or safe drop.

Speaking about his role in eCommerce, Finnian said, “I love to travel and this was an international role, so I got to travel all over the world. What makes it fun is working with teams from different countries and seeing how corporate attitudes differ. From Scandinavia to the Middle East or Australia, it was a real learning experience seeing how different people do business.”

Although he thoroughly enjoyed studying surveying at university, Finnian decided to revisit his interest in history. By completing further studies in the subject, he became a specialist in the history of land surveying in Ireland. Surveyors have been around in Ireland since the 1570s, and the more he studies, the more he sees the relevance of land surveying in Irish history. In his words, “Power in Ireland has always been related to land. Controlling land means controlling economic power, and controlling economic power gives you political power. And who was responsible for transmitting information from the land to the powerholders? Land Surveyors.”

Finnian explores how the role has changed from the time of conquest till the 18th century and into the year of the Ordnance Survey in Victorian Ireland, and even coming into partition. In each event, surveyors have been there to witness and document history as it occurs. What Finnian particularly likes to look at is what the period tells you about the map. For every map produced, somebody had a reason to commission it. This allows you to investigate what they were looking for and why they were willing to pay for it. He explains, “There's always an economic or social factor behind surveying in history, and I like to explain this when showing the importance of land surveyors within economies over history.”

Finnian has a new book coming out this year on the history of Pre-Ordnance Survey Land Surveying.

Diversity and Communication in the Industry

Diversity in surveying is a hugely important issue. Alongside Sarah Sherlock of Murphy Geospatial, Finnian is researching the female pioneers in the surveying field. Although both John and Finnian were lucky to work with some brilliant female surveyors, such as Audrey Martin, there’s still work to be done. Sarah and Finnian’s work will hopefully spread the word that it isn’t a male’s-only industry.

Similarly, a lot of survey work is done overseas and in remote areas. Mapping is a deeply human form of communicating that breaks down language barriers. When Finnian was completing NGO work in Malawi, he managed to communicate with people by drawing in the sand. Finnian explained, “Mapping is a part of who we are. It’s written into our brains as a species. You can communicate very complex ideas and themes through mapping. And it’s that diversity within the profession that should be celebrated as much as possible.”

Connect with Finnian on LinkedIn, and visit this page to find a list of his books. 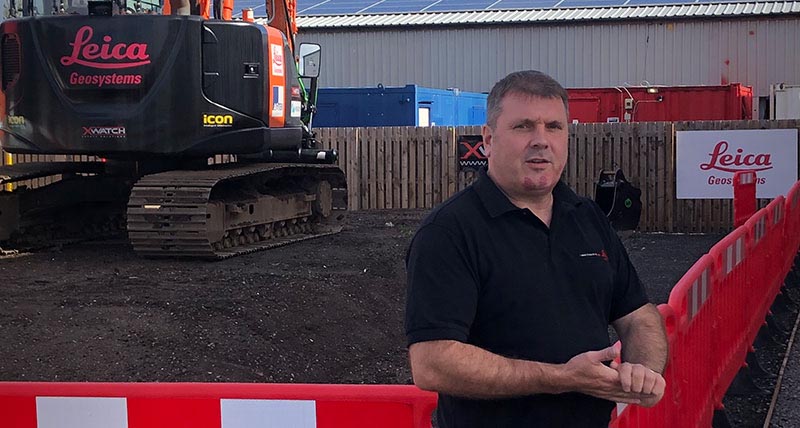