Richard Ostridge, our Senior Product Engineer, joined us for an insightful chat on the new Leica Nova MS60 and TS60. Read all about what our highest-end MultiStation and Total Station have to offer in the interview below:

Many people have seen recent communication stating that there is a new Leica Nova MS60 MultiStation – before we focus on the new MS60, perhaps you can remind us what a MultiStation is?

In simple terms a MultiStation is a new class of instrument, based on a Total Station but with the power to “do it all”. When we at Leica Geosystems introduced the world’s first MultiStation in 2013, the MS50, we used the term “mergeTEC” to represent the merging of technologies. For me, this term still fits well, a MultiStation represents the merging of the technology of an advanced robotic total station with scanning capabilities, with imaging from two cameras and GNSS through SmartPole and SmartStation solutions.

However, it is not right to only talk about merging technologies. I prefer to talk about capabilities. A MultiStation is a measurement instrument that is able to be fully utilised each and every day due to its capabilities to take on virtually any measurement task and give you the power to make the right decisions regarding what to measure and how. Topographic survey, staking roads, railways and tunnels, monitoring, scanning – a true MultiStation can do it all.

Ok that sounds great, now tell us about the new MS60 – it still has the same name, is it really different and new?

Good question. The new MultiStation does have the same product name as its predecessor. In addition, this new MS60 even looks the same as the previous version, they both run Leica Captivate on-board, and they can both be controlled by the same data loggers. So, what happened during the five years since we introduced the first MS60? The intervening years have allowed us to build on the 2015 model and make a new 2020 version – one that has increased speed and is even more versatile than the first one.

I don’t like to just use those terms and leave them with nothing behind them, so allow me to elaborate on that a bit.

When I say increased versatility, I am referring not only to the scenarios when it can be used, but also in the way it can be used, for example: with more intelligence built into the scanning we are now able to quickly scan thin horizontal bands to easily create floor plans, or to pause a scan, complete other tasks, and then return to finish the scan already in progress.

When I say increased speed, I really mean that the MultiStation is significantly faster, the instrument can scan at up to 30,000 pts per second, with the clear benefit of allowing you to complete more data in less time. This instrument is also incredibly fast when used as a robotic instrument: it can track highly dynamic targets even at close range, it learns the environment around you (“self-learning”), it stays locked to the right prism even in challenging environments. And should the prism lock get lost, the powerful DynamicLock allows fast and interaction-free relocking! Plus, I should not forget the time gained by “AutoHeight”, our new solution that removes the need to manually measure the height of the instrument, saving at least 30 seconds per setup and importantly removing the risk of costly errors that come from manually measuring and reading the height. 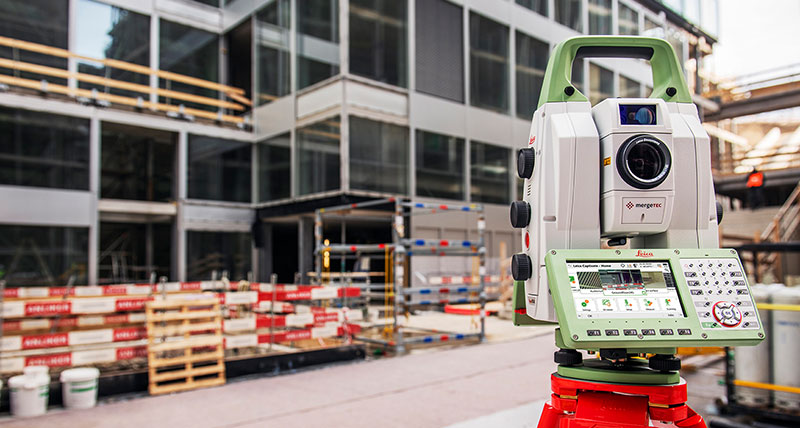 How is it that this new MS60’s scanning is so much faster?

The faster scanning speed has been achieved through the combination of improved electronics, software, and algorithms. Together these deliver a faster rotating speed of up to 360° per second, enhanced distance measurement performance allowing greater scan rates of up to 30,000Hz, and a spiral scan pattern – as an alternative to the existing “vertical scan pattern”.

There are times when this method is very effective, however, because the MS60 is only collecting data during these vertical sweeps, there was room for improvement – this is exactly where the spiral scan pattern comes in. During the spiral scan pattern, the MS60 is always collecting data and the instrument can maintain a higher rotation speed as it moves with horizontal and vertical rotations at the same time.

So what is the impact of these changes?

Let me give you an example: a full dome scan with 30mm spacing at 10m will now take under 15 minutes, instead of over 40!
These improvements have also enabled us to add a “band scan area” method. This method allows a horizontal band around the MS60 to be defined as the scan area. Utilising the new spiral-scan pattern means these band scans are completed incredibly quickly, for example a 1° tall, 360° wide horizontal band with a density of 10mm at 10m can now be measured in under a minute. This really is ideal when trying to create floor plans or measure inside an object, such as a tank.

There are some use cases where the new spiral method can’t be used, e.g. when due to range the higher speeds aren’t achievable (for example when measuring a building facade or rock face several hundred metres away), but it is a great improvement which adds to the scanning versatility.

Ok, you mention that scanning is more versatile, so it is not just about the speed?

Correct, it is more than just speed.

Firstly, there is the ability to stop a scan, complete other tasks and then return to complete the scan later. It is not uncommon to be interrupted whilst working, to be asked to quickly measure or stake a point – we now support the surveyor in that situation. The same is true for those situations where you are trying to measure an area and an obstacle is encountered (e.g. when a car or truck suddenly parks up in your way). Instead of having to just wait for this to be moved, you can stop the scan, do other tasks and then finish the scan later, once the obstacle has moved.

Secondly, it is now possible to re-use previously defined scan definitions, which was a big request from the market and can be very useful. Remember, we talked about using band-scans to create floor plans in a building, you could save time by defining the definition and parameters just once, then re-use that definition in each room. Or, imagine you need to compare changes in an object on a regular basis, for example in a construction environment where concrete is sprayed daily. Here you could use the same setup location and scan definition to easily check the thickness of a layer immediately after it has been applied.

We hear this new term now being used – “MultiSurveyor”… What is that all about?

I recently heard an engineer describe being a surveyor as being an on-the-fly problem solver, and I think this is a great description. The term MultiSurveyor is us talking about a surveyor being able to react to the wide variety of tasks that they face, whilst continuing to deliver trustworthy results, and do it in an efficient manner. To be able to do this, a MultiSurveyor needs the right tool for the job – and this is where the MultiStation comes in!

We have seen from social media and user feedback that there is almost no end to where our MultiStations have been used: traditional topographical surveys, the creation of historical records, road surface analysis, tunnel construction projects, general as-built checks, pre-fabricated object analysis, floor flatness check, surface thickness analysis, remote monitoring,… The list goes on and on! In fact, we encourage our customers to continue telling us where they have used or want to use a MultiStation by utilising the #MultiSurveyor hashtag on social media.

Ok, I understand the new MS60, but we can also see there is a new Leica Nova TS60 – what is new here, it doesn’t have the scanning, does it?

Yes, in addition to the new MS60 MultiStation, there is also a new TS60 total station. The TS60 total station already stood out as the ideal instrument to use when compromise is not an option, where the highest accuracy and measurement reliability is needed. With the 2020 version we bring two great new features onto the TS60 platform, namely “AutoHeight” and “DynamicLock”.

AutoHeight is the ability to have the instrument measure its own setup height, which not only saves time, but also reduces the risk of measurement errors. DynamicLock is the ability for the TS60 to aim at and lock onto a moving target, which means you don’t need to stop and stand still whilst the instrument searches for you and locks on to your prism.

But you are right, it does not have the scanning, it is not the “Multi” tool that the MultiStation is. Instead it focuses on being the world’s most accurate total station. It utilises the sub-second angular and sub-millimetre distance accuracy to deliver reliable, precise and consistent results no matter what conditions you put it in. 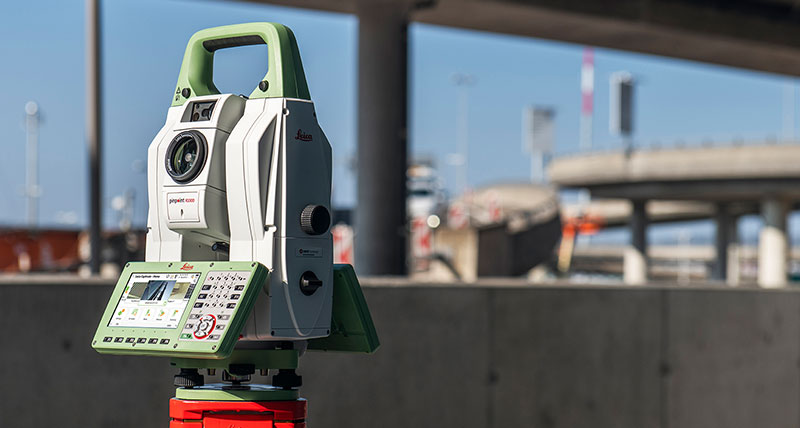 So who is this new Leica Nova TS60 for, I mean where and when would people use it?

Before I mentioned that it is the ideal instrument to use where compromise is not an option, where the highest accuracy and measurement reliability is needed. But you are right, I should expand on this a bit more.

Part of any measurement professional’s job is being able to deliver results at the right quality and reliability level for the project they are working on. Essentially this means picking the right measurement devices and the right techniques to ensure meeting the project requirements.

There are many times when requirements are incredibly tight, where you cannot afford errors or misalignments! The best examples are probably the placing of bridge bearings, the alignment of railway tracks, constructing the core of a high rise building, or when looking for the tiniest movements whilst monitoring a structure – in all these cases you will likely be looking for results within a couple of millimeters. In these situations there is no room for instrument inaccuracies, the measurement professional not only has to adopt best practices and thoroughly thought through methodology, but they also must use a truly highest-end precision instrument and quality accessories – everything needs to be right and this is exactly where the Leica nova TS60 comes in. 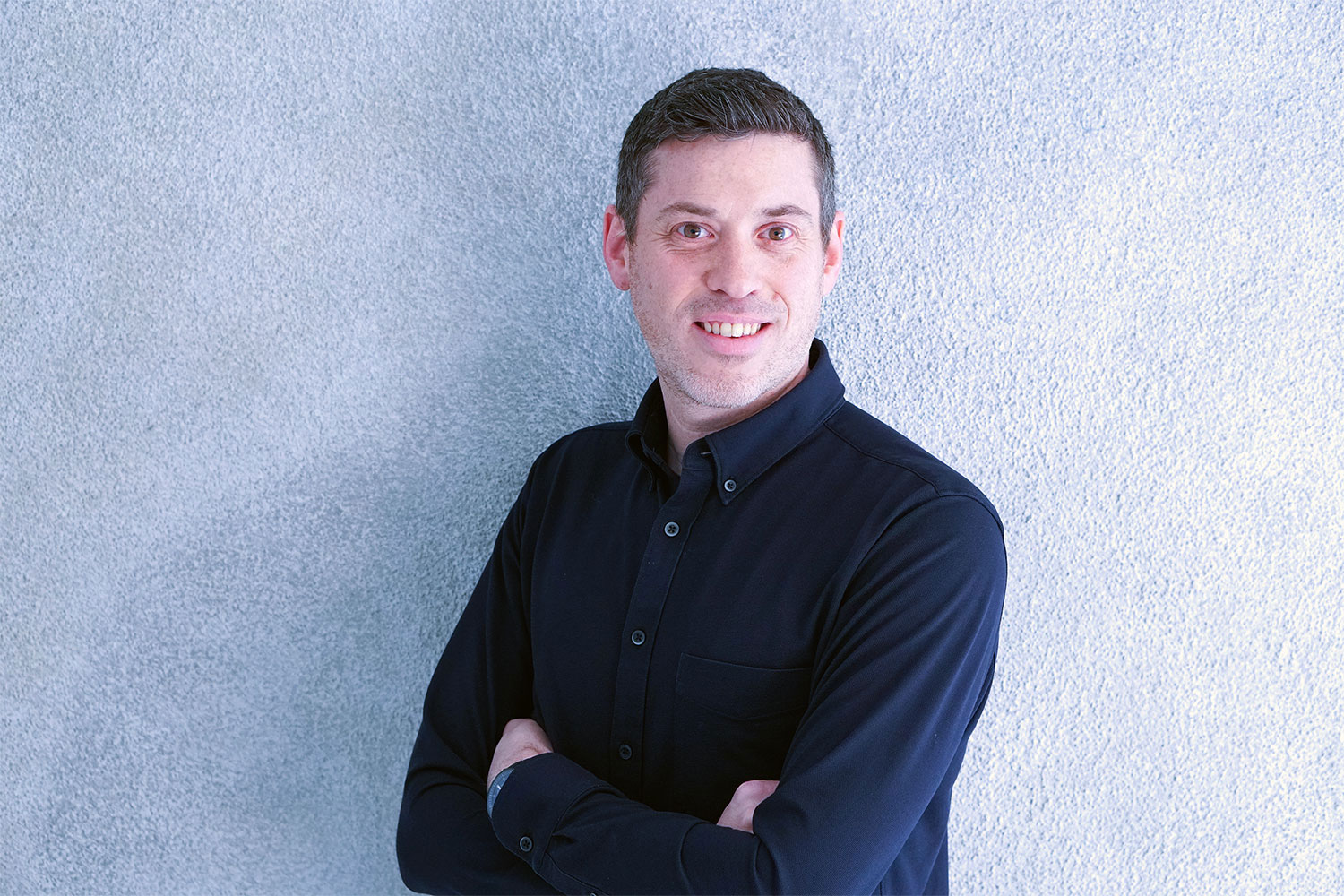 Thank you for your time, Richard - this has been extremely helpful.

Should you have any questions for our expert regarding the new Leica Nova MS60 and TS60, please use this form – we will pick the most intriguing questions and answer you with a video!