Leica Cyclone REGISTER 360 was released in 2017, originally as a companion to the Leica RTC360 3D Reality Capture Solution. Since that time, it has become the registration product of choice for both new users joining the world of reality capture, as well as a significant portion of our legacy users who first began working with reality capture data in Leica Cyclone REGISTER (CORE). Nevertheless, Cyclone CORE has remained an integral part of many users’ workflow due to its unparalleled ability to handle massive datasets and complex registrations.

The majority of users find the simple User Coordinate System (UCS) and Control features of Cyclone REGISTER 360 to be sufficient, however users who need support of the Traverse workflow, or more flexibility of target section and application, find Cyclone CORE is the better choice. For professional surveyors the need for more comprehensive tools demands the advanced tools of Cyclone CORE, whereas the georeferencing tools in Cyclone REGISTER 360 work well for rotating a single bundle on Control or setting a local UCS on a bundle, for example in the case of a plant or other facility.

Cyclone CORE remains the gold standard for both UCS and Control features. offering survey-grade control leveraging all available functions on Leica Geosystems scanners (DAC, traverse etc.). By design, the UCS and Control feature set in Cyclone REGISTER 360 are much simpler. Cyclone REGISTER 360 has the ability to apply georeferencing to a group or bundle of setups or individual setups. This is achieved by importing a text file that is pre-formatted with at least three coordinates that correspond to targets in a setup/bundle. Image 1: four Control points are noted with their label and coordinates.

Cyclone REGISTER 360 also has the ability to apply a UCS to a setup or bundle. Setting Z level combined with setting X axis or Y axis allows the users to apply the desired UCS in most cases. Setting Z level is supported by forming a ground plane and then setting the Z axis or “Up Direction” per setup. Setting the X or Y axis can be achieved by creating a plane on a wall or by using the corner plane creator as shown in image 3. Image 2: Floor of a basketball court is shown in blue with the plane created with the Z level tool. Image 3: here the X and Y axis is created by selecting a corner which defines three intersecting planes.

Many current Cyclone REGISTER 360 users may believe that advanced UCS and Control workflows are unnecessary for their work, however we believe that all users can benefit from these tools.

Using georeferencing allows for the transformation of the 3D coordinates in a registration. Applications include locating the registration on a virtual globe (similar to Google earth), or combining a registration with another set of data that is also in real world coordinates, likewise, georeferenced data supports many plant and manufacturing environment applications where it is vital to match coordinates systems between point clouds and 3D models.

Advanced UCS tools provide an easy way to create an alternate coordinate system. Applications include making the building or plant square to the screen for line drawing in CAD, matching to plant or building coordinate systems, and creating multiple UCS’s to help with modeling in third-party software.

Despite the great strides that Cyclone REGISTER 360 has made in the last releases to close the gap with Cyclone CORE, there remain key differences that must be addressed before complete parity can be achieved.

Support for new laser scanners and new formats will remain a key focus of Cyclone REGISTER 360 development with an eye towards support unstructured data formats for mobile scanning. LAS and other ASCII formatted point clouds will be supported. In parallel, improvements to import speeds will be pursued.

Likewise, additional export formats and speed improvements will be seen on the downstream side of the Cyclone REGISTER 360 workflow.

As Cyclone REGISTER 360 gains features, however, its ease of use cannot be compromised. We are committed not only to transferring tools from Cyclone CORE to Cyclone REGISTER 360, but to improve their usability by harnessing smart automation where possible and relying upon guided workflows and wizard-based dialogs where automation is not possible.

We encourage users to become an active part of our road mapping process participating in the Customer Feedback Programme. You can submit your feedback and feature requests by clicking the link.

Customer feedback and requests are an important part of our product development plans with between 20-30% of customer suggestions being implemented within a year while others are added to our long-term roadmaps.

We look forward to hearing your feedback on the improvements discussed in this expert insight as well as your suggestions for future improvements. 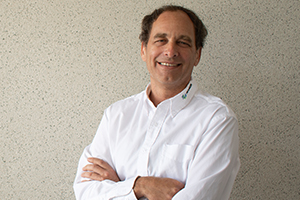