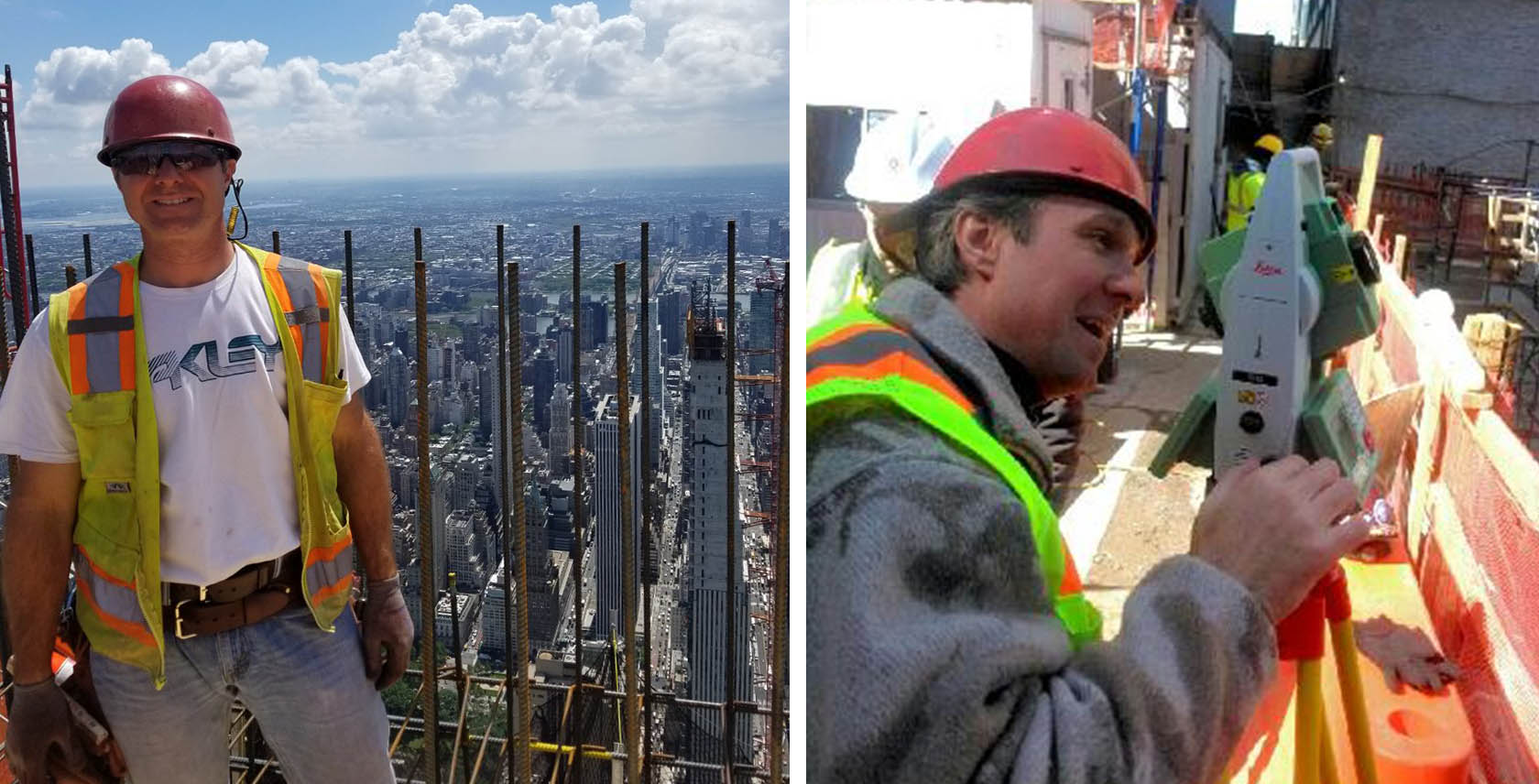 The Leica Geosystems GNSS-based monitoring system works by GNSS receivers being placed on the outside of the building − the hydraulically climbed protection screen enveloping the structure in this case − and acting as control points that move up as floors are completed. The system used on the Central Park Tower construction included four Leica AS10 SmartTrack antennas with co-located 360 prisms, a Leica GM30 GNSS monitoring receiver, Leica Viva TS15 Total Station (the predecessor of Leica Viva TS16) and Leica Spider and GeoMoS monitoring software. Mandelbaum explains, “The scaffolding protection screen climbed up alongside the building, so I put all the equipment on it. I didn’t have to worry about me physically moving it up because it was fixed to the inside of the screen. The GNSS antennas, I would place on the perimeter, on each corner of the building as far as I could from each other. They would give me coordinates, and using that I was able to establish control lines.” The control lines mark out where the building slabs-edges, and column and walls will be positioned and located. 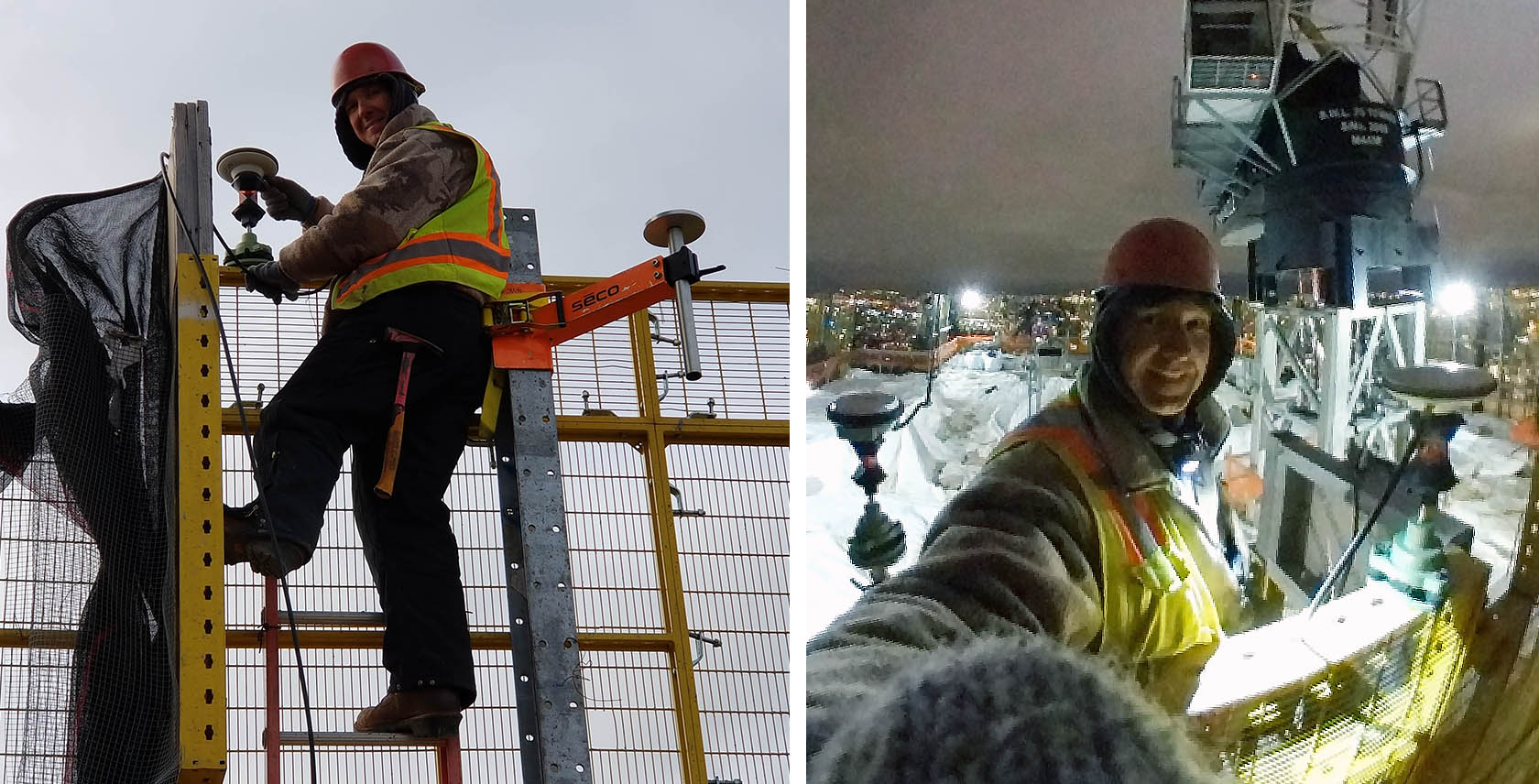