Harvard Stadium, which was completed in 1904, gained National Historic Landmark status in 1987. It was the first of many college football stadiums built in a U-shaped Colosseum style and the first construction using reinforced cast-in-place concrete on such a scale. As expected for a 100+ year old building with a pioneering construction technology, there is on-going corrosion to be contended with and the resulting maintenance costs are high. Its owner, Harvard University, needs to make annual decisions about the maintenance budget. In 2018 Harvard contracted structural engineering firm Silman for advice. To help guide Harvard to make appropriate decisions on the life-safety of the stadium, Silman developed a customised material testing and monitoring strategy. This included Leica Geosystems total stations and software, which collects real-time data about the building’s performance to inform recommendations about the landmark’s future. 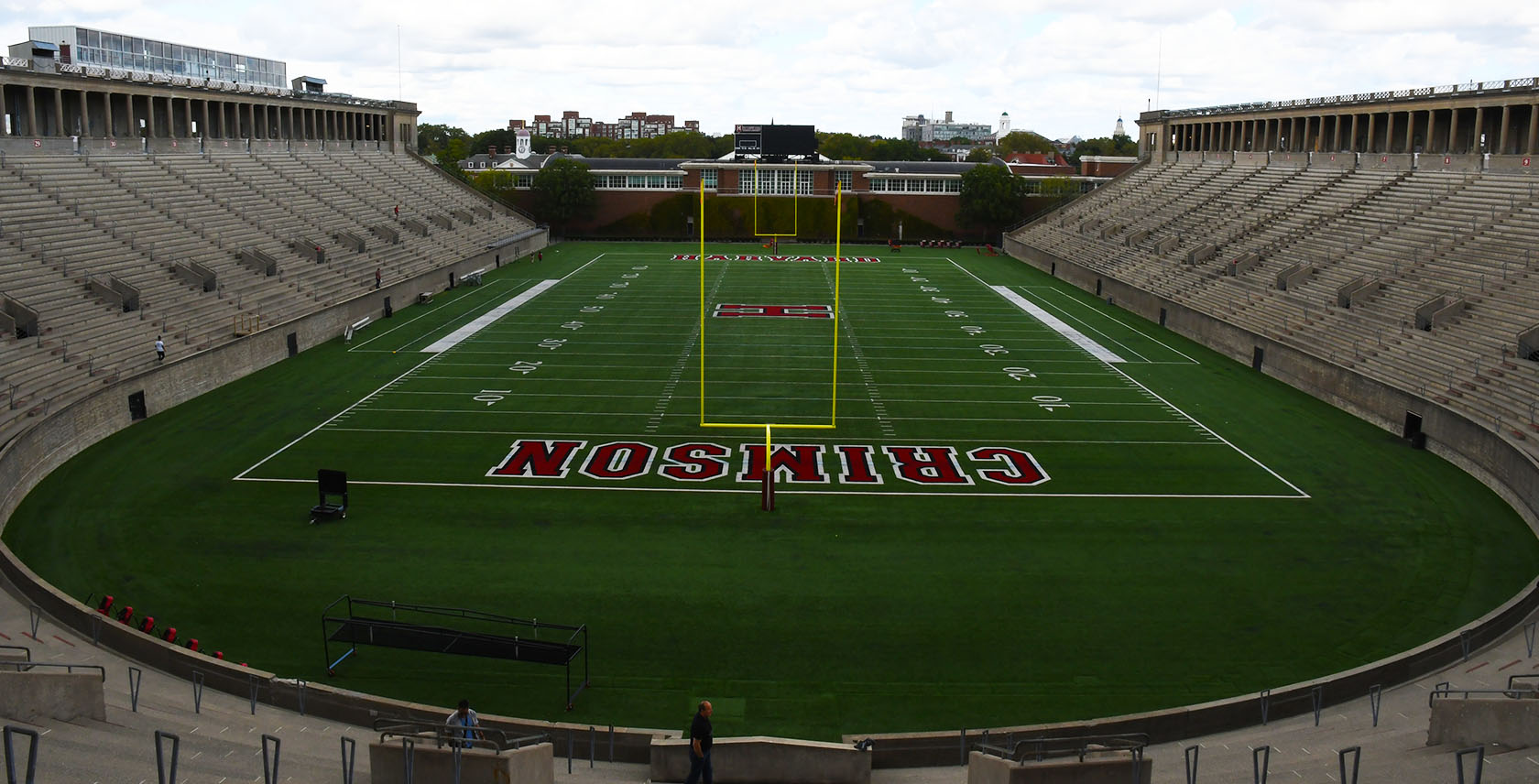 Maintaining the home of the forward pass

Harvard Stadium is significant both culturally and architecturally. The dimensions of the stadium were even a factor in the evolution of American football. In 1906, a committee of colleges and universities met to set rules to make the early game safer and one suggestion was to make the pitch wider. The Harvard Stadium however was recently finished and could not be widened. Thus, the proposal was rejected in favour of allowing forward passing. A landmark piece of architecture, the Stadium is the first vertical concrete structure to use reinforced structural concrete. Lewis Jerome Johnson, professor of civil engineering at Harvard was the engineer responsible for the innovation at the time.

The Stadium is much loved and much visited. Yet, if left unattended, it can become an expensive building to maintain and keep safe. Justin Den Herder, Associate at Silman, explains, “because of the nascency of this construction technology, there were significant concerns that were not known by the engineers or contractors at the time; such as the need for expansion joints, lack of appropriate re-bar detailing, dowels and ties between structural elements or insufficient concrete cover, and even the chemical make-up of the concrete itself was found to be problematic. All of these issues contributed significantly to the rate and level of deterioration.” 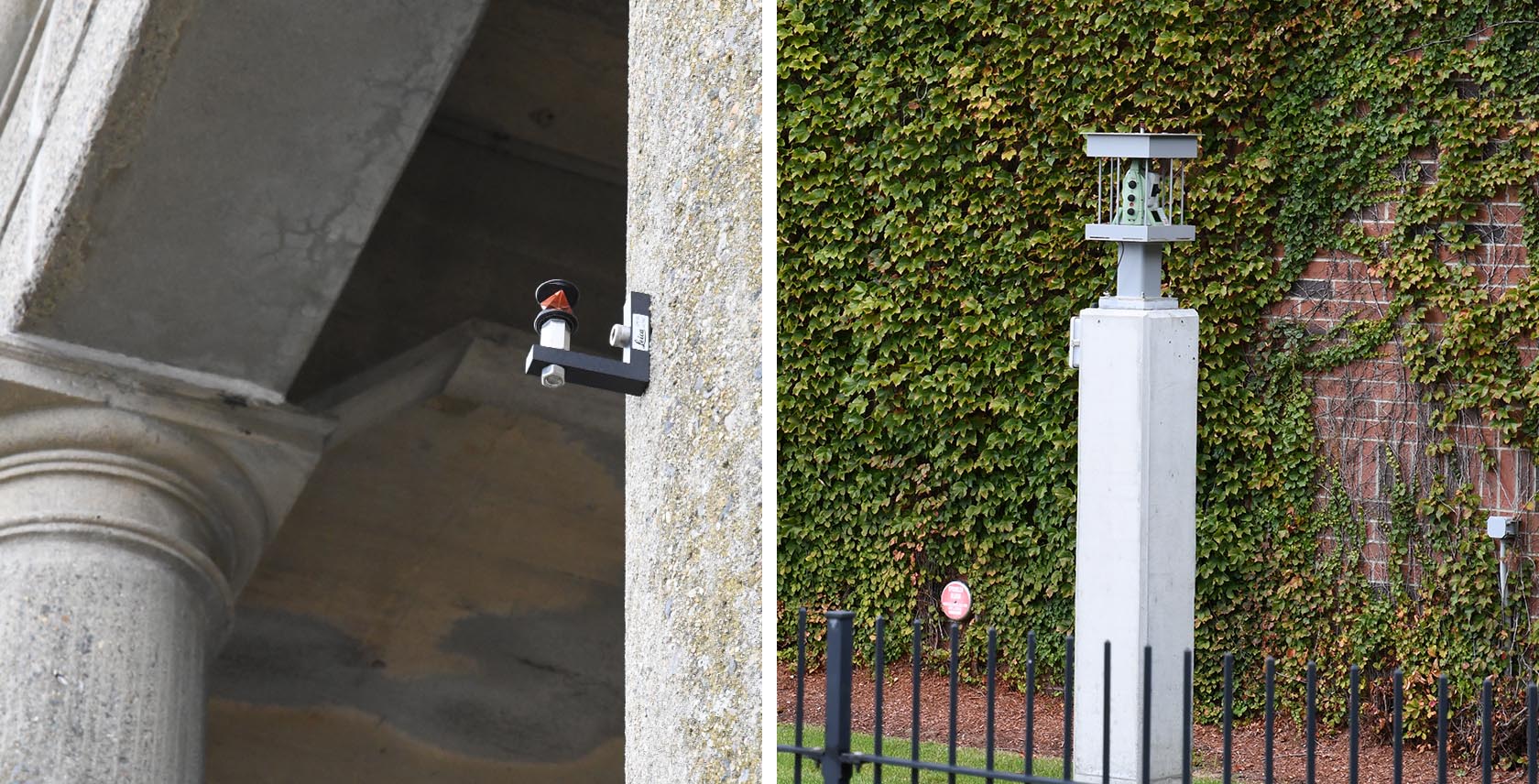 Every year Harvard University needs to balance the value of the landmark with the cost of repair. The purpose of the monitoring project was to pursue an additional data-driven approach to decisions. Den Herder says, “Our role was basically to get more information through a combination of material and electrochemical testing as well as real-time optical and vibration monitoring to better understand the buildings seasonal behaviour and therefore help Harvard make a more informed decision about the future of the stadium.”

Silman worked with partner Geotech Instruments to devise the monitoring system. It included crack monitors, tilt monitors, a weather station and five Leica Nova TM50 total stations. Leica GeoMoS Monitor was used for data acquisition and processing, Leica GeoMoS Adjustment for the network adjustment and Leica GeoMoS Now! for data visualisation and analysis. Den Herder explains, “We wanted to monitor the building almost in real-time to understand how it was expanding or contracting under different meteorological conditions and different loading conditions. Scott Kavalek, Geotech Instruments, chose Leica Geosystems instruments with imaging functionality and “helped us define the points that we wanted to monitor to achieve that.”

Data from the crack and tilt monitors was processed by Geotech Instruments using Microsoft products. In contrast, the optical monitoring data from the total stations and the weather data was processed via Leica software. Using Leica GeoMoS Now!, Silman sorted the data into the time periods of interest to look at how areas of the Stadium had moved. The software generated graphs which were exported as easy-to-read reports to discuss with Harvard University. Comparing the different monitoring components gave the team a detailed picture of the building’s vulnerabilities. Den Herder says, “What’s useful about interpreting the geosystems data from the optical monitoring results is that we’re able to pinpoint the hotspots or the portions of the building that are moving more, relative to the rest of the building.” The areas of the building that are moving the most can be correlated to the areas with more cracks and corrosion 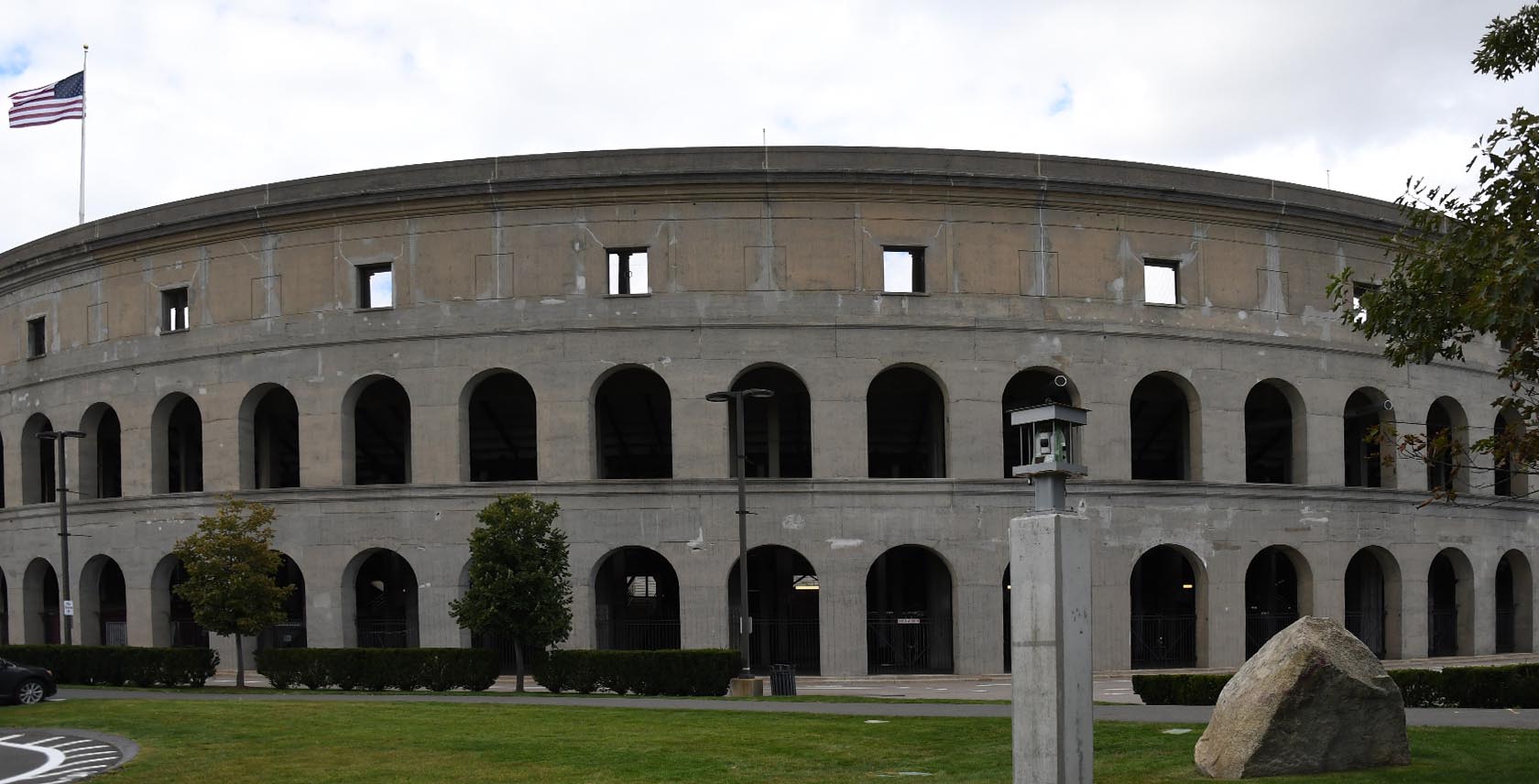 Making decisions based on the right information

Based on the data, the Silman team can predict and explain cracks and suggest where repairs will have the most significant impact. “We are able to determine where the building is moving most and predict where repairs or joints would be needed. For example, at the upper level of the stadium, there is three-quarters of an inch of movement horizontally relative to the floor directly below that. That pretty much always corresponds to cracking and spalling and deterioration of the building because water can get into those cracks and start to corrode and deteriorate materials.”

Stewardship of a National Historic Landmark is a challenging role. Fans of the Stadium would want it to last as long as its Ancient Roman inspiration. Yet making a 100-year old building meet modern safety standards comes at a high cost. One that needs justification. As Den Herder at Silman says, “We would love to find a way to ensure that the Stadium can remain useful and safely occupiable, so that’s our goal. But ultimately, we just want to present the hard data and draw appropriate conclusions from the right information.”